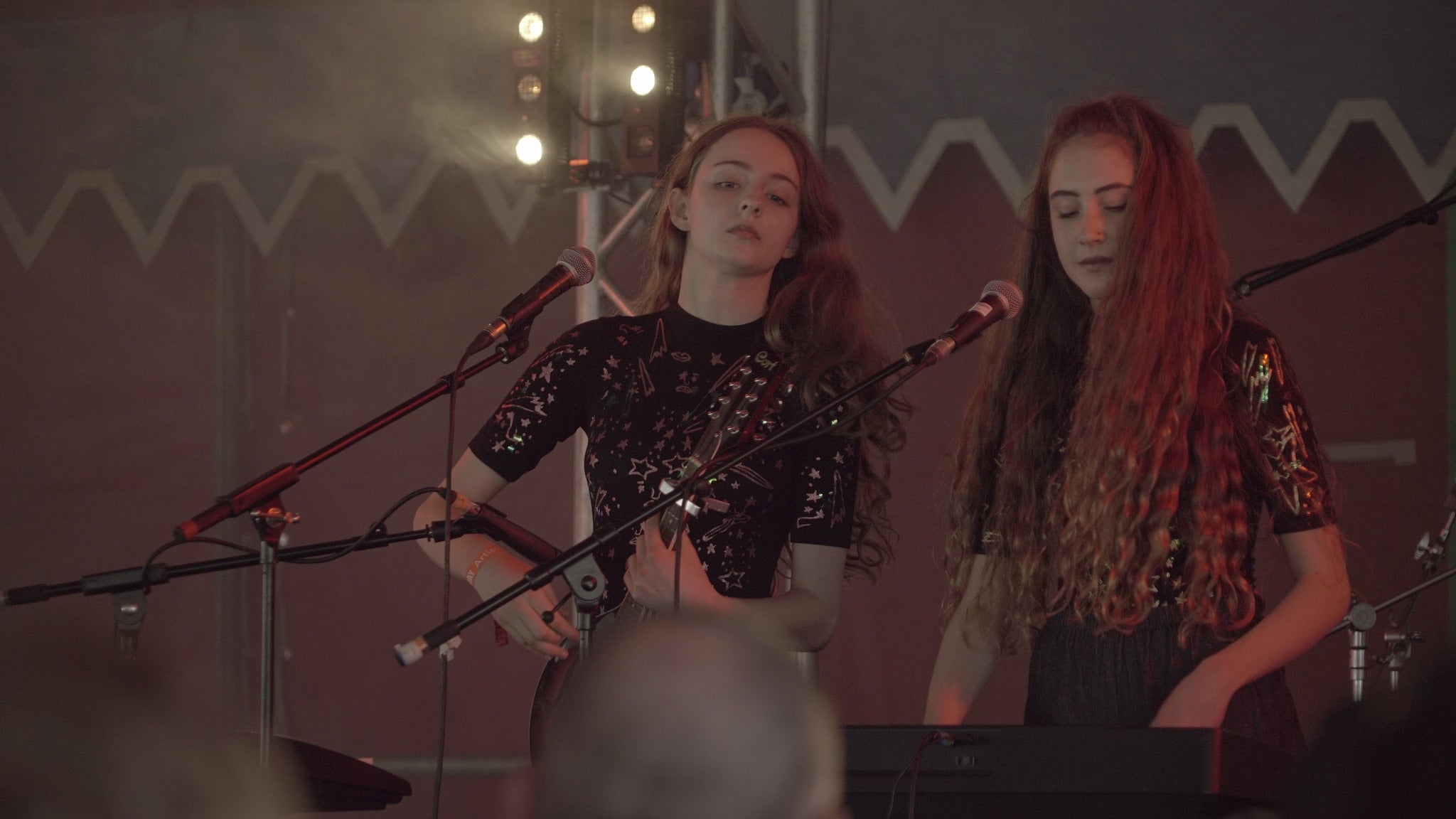 LETS EAT GRANDMALets Eat Grandma released their second album, Im All Ears, in 2018. It came out to a blaze of critical glory, thrilled fans whod been with them since debut I, Gemini, and won them interested new listeners as they widened their musical scope. They won Album of the Year at the Q Awards along with many end of year list placements, toured relentlessly, played a life-changing set at Coachella and now return with Two Ribbons: a new album that tells the story of the last three years from both Jenny Hollingworth and Rosa Waltons points of view. As a body of work, it is astonishing: a dazzling, heart-breaking, life-affirming and mortality-facing record that reveals their growing artistry and ability to parse intense feeling into the most potent lyrics.As life experiences diverged for the first time between the song-writing partnership, perhaps intensified by their concentrated two-piece band set up, they were driven to write more individually lead songs that read almost as letters to the other. Sure there are still the trademark finish each others sentences moments on the album, but for the first time, the bulk of the record features a lead vocalist on each track making space for each other to express their truth honestly and cathartically. The themes are infused with emotion and a desire to express the inexpressible from losing a loved one and the reality of mourning, to a new understanding of, and explorations in, sexuality.Sonically this album is a trip co-produced with David Wrench (The xx, Frank Ocean, Marika Hackman), the album contains the future prog-pop sheen explored on their prior album, but also blended with more organic instrumentation that balances out the dancefloor fillers. In its bravery and intent, it is nothing short of a classic.The album itself is cyclical in nature the hopeful Happy New Year, a letter by Rosa which opens the album, poses the question of whether their friendship can sustain these external forces, propelling into an album that wills that outcome into being, whilst the closing Two Ribbons contains reflections from Jenny on how they are still bound together through their compassion for each other, tight as ever, but frayed and world-worn leaving space for you to hit repeat and experience the triumphant blaze of thumping synths and fireworks that open the record, the listener re-cast as a survivor, looking towards redemptive fresh starts with hope.Two Ribbons is an album that treads a fine line expressing the most intimate feelings of, whilst making space for, the different perspectives of two women; an album that says this is not the beginning or the end but part of a never ending circle. That there is sadness, and pain, and joy, and hope, in everything and that no matter what detours we take, we are all connected.
Sale Dates and Times:
Public Onsale : Thu, 24 Mar 2022 at 01:00 PM