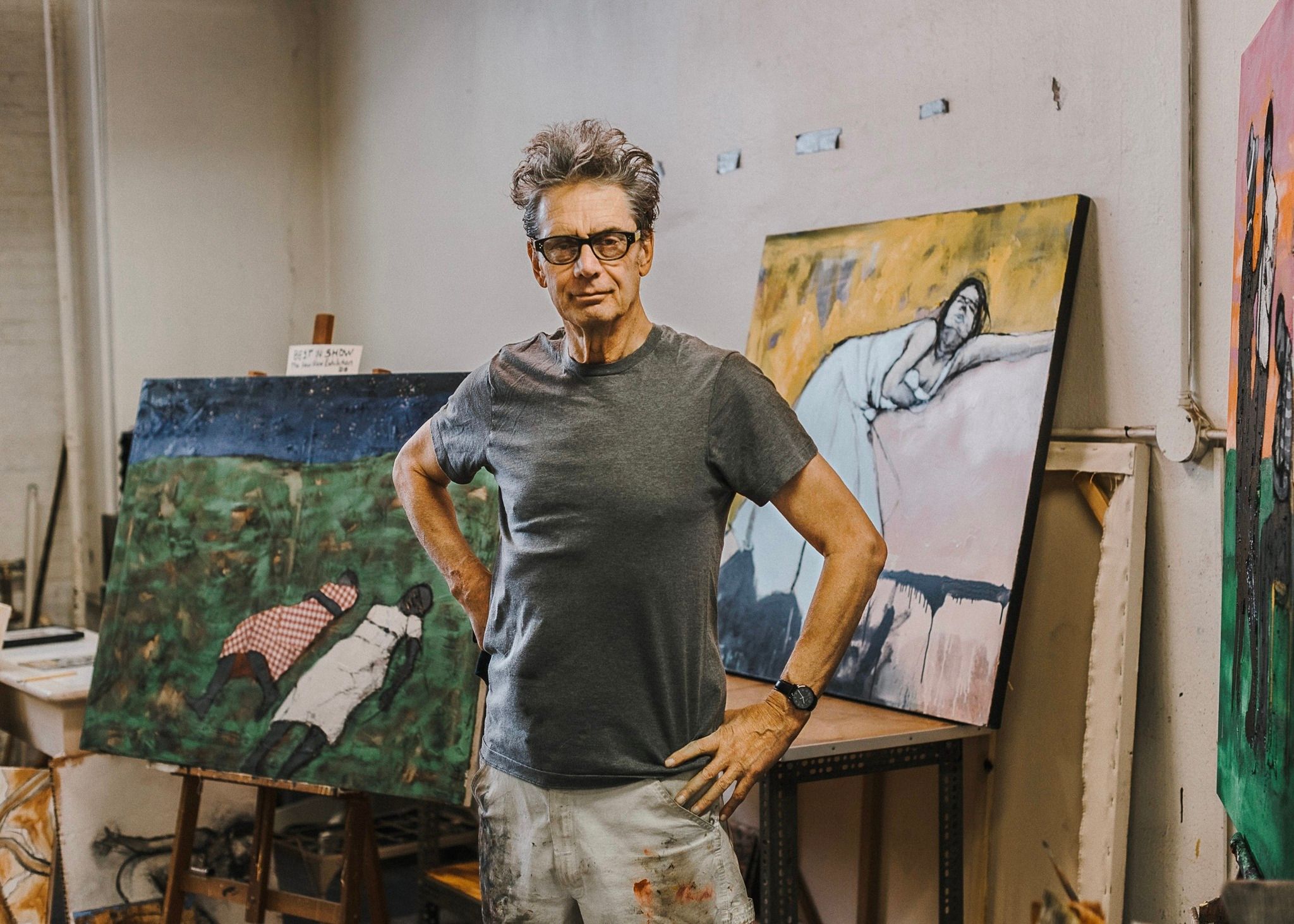 HEDGE Gallery + ARTneo Museum present John W. Carlson: A Retrospective opening this September!
A long-awaited memorial exhibition for Cleveland artist John W. Carlson opens this September at HEDGE Gallery and ARTneo Museum featuring paintings, prints and drawings created during his extensive artistic career in Northeast Ohio. Join us on Wednesday, September 14th from 5:30-7:30pm for a Preview Reception.
John passed suddenly in December 2020, leaving behind a remarkable collection of his artwork, some very recently completed and never seen in public. At the pinnacle of his career, he saw his most well-received solo exhibition, BLUES, at HEDGE Gallery in February 2020. This memorable, nearly sold-out show claims the largest attendance numbers ever at the Gallery for the opening reception and artist talk.
Carlson’s paintings had begun to garner national recognition after exhibitions at Field Projects in New York in 2019, with work purchased for collections at Erie Art Museum in Pennsylvania and Massillon Museum in Ohio. Carlson had been accepted into numerous juried shows including the prestigious Butler Midyear Show at The Butler Museum of American Art and was juried into The Ohio Arts Council Riffe Gallery First Juried Show in Columbus, Ohio, along with Zanesville Museum in 2019 and 2020.
Always artistically gifted, John began his career by attending Cleveland’s Cooper School of Art. He found a balance between expressive drawings and boldly executed paintings, combining oils, charcoal and graphite. The human figure permeated most of Carlson’s work, exploring themes such as family, gender, and relationships. He often sketched from life, capturing the form with energetic lines. His sketches were translated into his distinguished painting style, illustrating passionate emotions through thick, layered brushwork and vigorous mark making.
John Carlson collaborated with his partner, artist Shari Wilkins, on the project titled American Emotionalism founded in 2015. A manifesto of artistic intention was created for this movement, revealing some of the ways that Carlson and Wilkins challenged themselves in their work. Spanning a wide variety of mediums—from photography and music to painting and collage—American Emotionalism was a reaction against the over-explanation of visceral work.
Carlson and Wilkins’ intention was to create work that elicits emotions that arise from instinctive, intuitive feelings, leaving space for viewers’ interpretation with little to no explicit explanation.
This retrospective will highlight Carlson’s most important works dating from 1990- 2020, including early landscape paintings, his black and white figure series, his Woman and Blues series as well as drawings and prints. On view in both HEDGE Gallery and ARTNeo Museum, September 14 - November 4, 2022.
This event is FREE and Open to the Public RSVP is not required for attendance.
Cover Image Photo Credit: Billy Defts